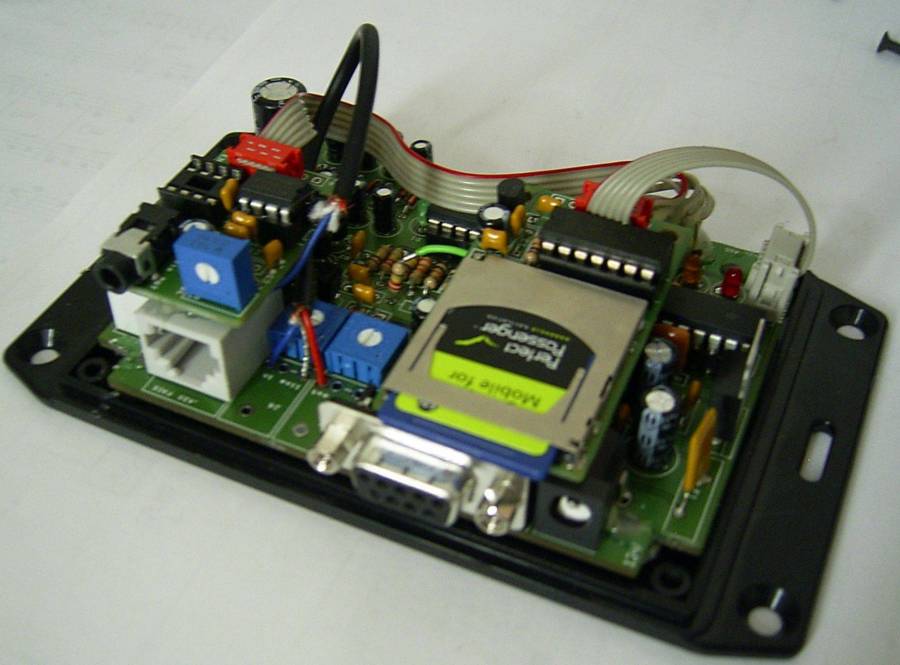 Using a telephone retro-interface and Arduino wav-shield-derivative a box has been build which allows you to use an old rotary phone as standalone dial-a-song system. This makes an excellent CD-pre-listening device for our CD-sales stand at concerts.

The system is fully documented (including schematics, software, PCB layout) on the wiki. Although numerous designs have been made where the innards of rotary telephones have been replaced by other electronics (birthday card sound chip, GSM telephone), this project has a completely different approach. No changes to the telephone have been made. The phonebox generates line-voltage, even the 90V 20Hz ringer voltage. A sound input/output is added for line level signals. The box is powered using 12V dc, so mobile operation is possible. 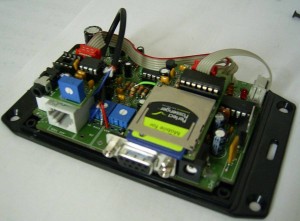 The idea (accidentally re-invented) is not new – so it is in two respects a retro-interface From wikipedia: Established by rock band They Might Be Giants (TMBG), Dial-A-Song consisted of an answering machine with a tape of the band playing various songs. The machine played one track at a time, ranging from demos and uncompleted work to fake advertisements the band had created.

So basically this design is your dial-a-song-in-a-box….

Looks great. Where on the web is the documentation? I googled but couldn’t find. Thanks!